Author Elliott Katz details how he went about selling the foreign language rights to his book and then leveraged those agreements to produce promotional fuel like this back home: “Translated into 24 languages by publishers in Europe, Asia and Latin America.”

The series of dreadpunk novellas I’m currently working on is set in nineteenth century Montreal, so it would make perfect sense for me to sell the rights for a French translation (at minimum) when the time comes. I’ll definitely refer back to Elliott’s success story.

Any followers of this blog had experience with foreign-language rights sales? Let me know down below!

From now until the end of November, book 1 of the Embodied trilogy of Young Adult fantasy-sci-fi novels, Silent Symmetry, is priced at only 99 cents or 99 pence for the Kindle ebook. (Due to international currency shenanigans, the book is $1.32 in Canada.)

But there’s more! This weekend, subscribers to my eNewsletter will be receiving a special coupon code for 33% off the second ebook in the series, Starley’s Rust. So sign up by clicking here – it takes about 15 seconds – and you’ll receive hot-off-the-press news about my upcoming work in your inbox every couple of months, plus exclusive offers like this.

Silent Symmetry has received some great independent reviews, with people saying things like, “I’ve never read about such mysterious creatures before and this book had that and more,” “I loved the natural way the author wove the tale, interlaced with questions resolving and mysteries uncovered. Even the ending left questions begging for a sequel,” and “I would recommend it, not only to my young adult friends, but my adult friends as well.”

The paperback version of Silent Symmetry. Click on the image to go to the ebook’s Amazon.com page.

Starley’s Rust has received acclaim from Broken Pencil Magazine:  “Dutton is in his element crafting together a sci-fi adventure with a good blend of sincerity and humour that, without such a fine balance, can be the downfall of any YA fiction,” and CM Magazine: “Imaginative concepts, and well-written … this trilogy should appeal to readers looking for an unusual thriller. Four stars out of four.”

The mysteriously untitled final novel in the trilogy is with my editor right now and will be out in early 2016.

I think in most authors’ minds, the answer is no. But there are ways to break into these seemingly impregnable fortresses of traditional book distribution for indie writers, and most of them involve a lot of leg-work. Plus driving (unless you live next door to a library). 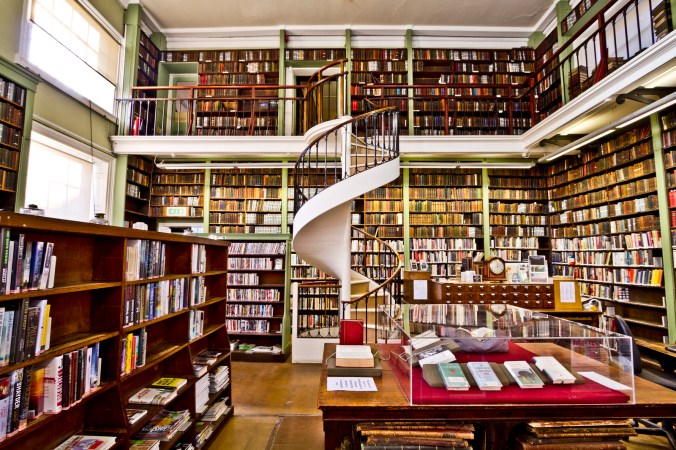 As one commenter says below this informative article from Publisher’s Weekly, “Don’t just dream the dream — crunch the numbers and decide what options are best for you.”

I haven’t used it yet, but here’s a search tool for zeroing in on a potential literary agent.

Here’s the Publishers Weekly scoop on the hot titles and authors being represented by literary agencies at the upcoming Frankfurt Book Fair. 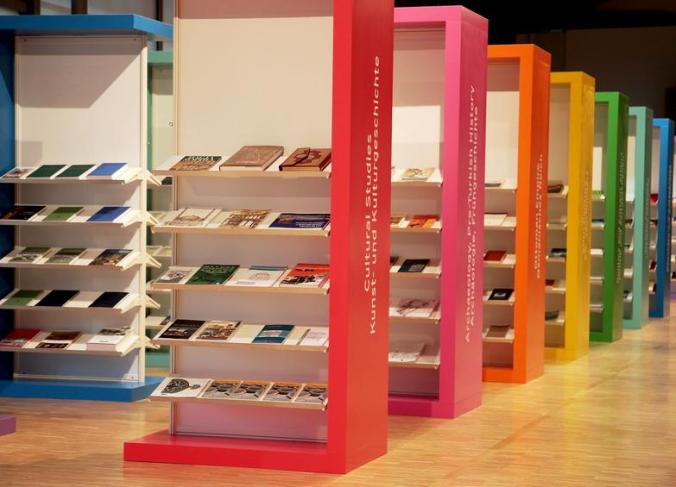 By KJohansson (Own work) [GFDL, CC-BY-SA-3.0 or FAL], via Wikimedia Commons

I listen to several podcasts when I’m not writing, such as Reply All, Mystery Show, Planet Money, and the gold standard of smart, entertaining North American spoken journalism, This American Life. But a couple of months ago I also discovered Rocking Self-Publishing, a highly listenable and professional podcast produced and hosted out of Prague by an Englishman named Simon Whistler. In every episode of RSP Simon shares snippets of info on the indie publishing world, followed by an in-depth interview with an industry player, usually a successful author.

One such author, P.T. Hylton, has had success finding an audience through BookTube, and you can listen to his RSP interview by clicking on the image here:

Not a website in itself, BookTube is simply a community of people who talk about books on their YouTube channels. Typically a BookTuber will be a young person who speaks on camera about the books they’ve recently read and their TBR (To Be Read) pile. They skew towards Young Adult books, often receive ARCs (Advance Review Copies) from major publishers, and rarely seem to talk about independently published books.

I discovered book review channels on YouTube earlier this year and even requested reviews (to no avail, although one BookTuber sent me a rate card of how much she charges per mention, tweet, review, etc.). Needless to say, charging for reviews is a poor business practice, because it means that viewers can’t trust the opinions being expressed by the reviewer-for-hire. Talking peppily about newly released books in front of a bedroom bookshelf must seem like a wonderful way to make a few extra bucks for a young person, but any BookTuber worth his or her salt should take the long view and build an audience through genuine reviews, then monetize the channel in whatever way they can, such as advertising.

I’m sure that the vast majority of BookTubers started out simply because they love to talk about books, so it would be a shame if a minority of profiteers spoil the fun for everyone else by diminishing their trustworthiness as a source of honest, independent reviews. It would also be a shame if the indie publishing community is unable to access this new and potentially powerful route to discoverability, the main obstacle to competing on a level playing field with traditionally published books.

PT Hylton ultimately decided to start his own YouTube channel and he does a great job of chatting about his own work and books in general. Maybe that’s another way to go. I’ll start taking guitar lessons!

Error: Twitter did not respond. Please wait a few minutes and refresh this page.