This week I rewrote a scene from my YA novel Silent Symmetry, the goal being to make it a bit more suspenseful. I’m sharing my rewriting method in case it’s useful for other writers, either aspiring or already published.

When I need to give a fiction or screenplay scene a makeover I find it unproductive to work on the existing scene. Why? Because I’m too precious about what I’ve already written. Oh, those wonderful turns of phrase and deliciously appropriate vocabulary choices! Right. It wouldn’t need a makeover if it was so amazing… 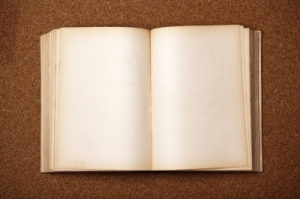 The dreaded blank pages can be your friend!

So I find it best to set aside my original scene, start a new Word or Final Draft document and rewrite it from scratch. That way, the best bits from the first version of the scene should automatically pop into my head when needed, while the chaff will be forgotten. Even though most writers hate the blank page, it’s actually the most effective tool if you want to truly revamp your scene rather than simply tinker with it.

Then, when you have your brand new version, you can see whether it’s an improvement on the original and incorporate whatever elements you’d overlooked but were actually good (since the human mind, and hence this method, isn’t infallible).

Oh yeah – here’s some news – the Silent Symmetry rewrite is done. I started proofreading yesterday. Out loud (as I discussed in a previous post). It’s kind of fun and really is the only way to make sure the sentences flow and that you haven’t made any mistakes.

And now it’s time to get back to it!

I’m not sure exactly when I learned what TMI stood for, but I’m guessing it was a couple of years ago. I also don’t know where I first heard it, or who explained to me that it means Too Much Information. The information in question isn’t an overload of data in the sense of Homeland Security staff being submerged by millions of intercepted emails from would-be terrorists, but instead in the context of, “Whoa, dude! It was kinda funny when you told the story about your grandmother’s colostomy bag exploding in the kitchen last night but, like, TMI! I totally did not need to know what came out of the bag.”

TMI presumably emerged from the texting generation (Gen Y) along with LOL, OMG, BTW and other acronyms/initialisms (though I can’t be bothered to research it; this is a blog post, folks, not a magazine article or academic paper) and has spread upward through the generations to mine, and maybe beyond. This migration of vocabulary from teens to older generations has been going on, like, forevah! Sorry, I slipped into teenspeak there. Which brings me to the matter in hand, which is the Young Adult novel. Since YA concerns teens by definition, an author working in the genre needs to make a conscious decision whether to go full-on teenspeak when writing teen dialog. 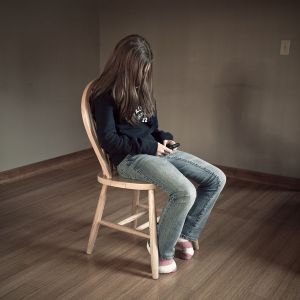 Unless you hang out with teens all the time or have teenage kids (neither being the case for me) if you want to write accurate or at least believable teenspeak, you need to do some research. It’s not that hard to, like, add the word “like” all over the place in your novel’s dialog, but North American teens use a wide range of specialized vocabulary, not all of which has yet become as mainstream as, say, “bling” or “homey”.

But this is where a big warning siren goes off in my head. Because the very last thing you want to do when writing YA fiction is to look like you’re trying too hard to be a teen. That’s just, so, like, WTF? Fo sho!!! And since I’m not publishing my YA novel Silent Symmetry under a pseudonym or trying to pass myself off as an actual teen, I need to have faith in my own ability to realistically render  my teen characters’ dialog, while also having faith in my readers’ willingness to suspend a modicum of disbelief (in the same way that they happily digest stories about vampires or futuristic death matches) and overlook teen dialog that sounds too “old-school”.

One funny thing I found out while I was researching teenspeak is that the young people of the world have now achieved an etymological breakthrough by finding a way to abbreviate the word “abbreviation” to “abbrev”. Or, maybe words just get shorter as they evolve, in the same way that technology gets smaller? I haven’t read The Hunger Games but now I’m wondering whether the novel’s futuristic teens speak solely in acronyms? I’m as much a culprit as anyone else in whittling down words, however. I often write Thx at the end of an email or find myself texting “k” instead of OK, which is really taking things to the limit.

Now that I’m rewriting Silent Symmetry, my conclusion is that the novel’s teenspeak is just fine. A real-life 19-year-old girl has read a draft and didn’t pick out anything untoward. But what do other YA readers or writers out there think? By all means share your opinions in the comments. K?

I am not a spontaneous person. There, I’ve said it. But before I said it, I thought about saying it for a while, which only proves my point. I like to plan things, to know what’s going to happen, and while I wouldn’t label myself a control freak, I do like to be in charge of my own fate.

This isn’t a bad character trait for a professional writer. Ordering your thoughts, knowing who your audience is and delivering a message that they will understand demands a methodical mindset. I like to plan my stories or screenplays in advance. Maybe not the entire thing, but I’m never faced with blank-page syndrome because at the very minimum there’s always at least one new scene that I have mapped out prior to sitting down at my desk.

There are always exceptions though. Like the dream I mentioned in a previous post that inspired me to create an entire new character for my YA trilogy and centre a novel around him. Or like researching a location on Google Earth, then finding a bunch of interesting features in the vicinity that I hadn’t intended to incorporate in that section of my book.

But no matter how creative I am, I know very well that in real life I like it when things run smoothly. So when I found out last week that my epublisher was closing its doors, only a month before publication of my novel The New Sense, I was suddenly outside my comfort zone. This was enforced spontaneity. And you know what? I think it might be doing me some good! I’ve already run a few tests using Google’s epub coding tool Sigil and am now far more confident about being able to achieve the relatively complex formatting that The New Sense requires (although clearly defining fonts for an ebook is as pie-in-the-sky as page numbering).

Now that it looks like I’ll be able to code The New Sense myself, the other big decision I have to make is whether to distribute via Smashwords or through each ebook store separately. And that will probably be the subject of another post.

I’m back from vacation and reality has hit with a nasty thump. Because what you don’t want to hear when your novel is a month away from being published is that your publisher has decided to close his company. But that’s what happened to me yesterday.

My immediate reaction was one of shot. No, that’s not a typo for “shock”. I literally felt like having a shot of tequila. My second reaction was to look on the bright side. What positives can I take from this? Well, The New Sense has improved since my publisher, Chris, became involved. I now have an edited manuscript, a cover, a video interview and a half-completed promo video. What I don’t have is an epub version of my book. 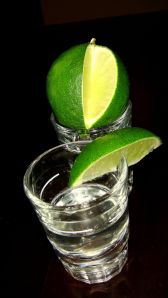 Any fellow self-epublished authors reading my tale of woe might at this point be thinking, “Well, that’s no big deal – just use Smashwords!” After all, I created and distributed my short story collection Life is Good through Smashwords and it worked like a charm. The trouble is, The New Sense has some complex formatting and several visual elements that have always put me off trying to go the Smashwords route with it.

The novel is based on the main character Sara’s daily journal that she eventually converts into a blog. But a large portion of the book is also a series of email exchanges between Sara and the other main character: the mysterious father of her unborn child who she calls B—. It’s important for me that these emails look like emails, with the From, To, Subject and Time/Date fields, not just from a realism perspective but because sometimes these details are significant for the mystery. In my MS Word manuscript these emails are even in a different font, which is something that is almost impossible to reproduce across a range of eReader devices.

Now, however, I have no choice but to do it myself. And to quote Homer Simpson when informed by Lisa that the Chinese use the same word for “crisis” as they do for “opportunity”, this is a “crisitunity”.

The downside of this situation is that I have to do a lot more work myself; time that I could be spending on writing and epublishing my YA novel Silent Symmetry. The upside has several angles: I can control the publication date of The New Sense so it doesn’t compete with Silent Symmetry, I’ll learn a lot more about epub formatting, and of course I’ll earn a higher royalty on sales.

Chris advised me to try using Google’s free epub online coding tool Sigil. Since Smashwords will be accepting epub uploads before the end of this year, this might be an option. I’ll run some tests of the more complex sections of the book to see if I’m happy with the epub results. If it works and I have an epub version of The New Sense in hand, it will be up to me to decide whether to distribute through Smashwords or through each separate channel myself. Either way, it seems pretty clear to me that The New Sense will have to wait until after Silent Symmetry is epublished to see the digital light of day.

I didn’t end up doing the tequila shot yesterday. And today with a clear head I can see a brighter new horizon ahead for The New Sense.